Pyplok® is a 360° radial swage non-welded mechanically attached fitting which permanently connects pipe and tube for a leak free, cold connection. The system is fast, reliable and tamper proof ideal for use in new build and maintenance works where fire hazards exist, and a clean piping connection is required. A hydraulically powered compression tool swages the fitting over pipe/tube plastically deforming the fitting in seconds. The fitting can be used in a wide variety of low to high pressure piping applications in industries such as Marine & Offshore, Navy, Oil & Gas, Petrochemical, Steel, Mining and other Industrial uses.

In 1968, McDonnell Aircraft in St. Louis, Mo first developed the technology to affect a 360° radial compression swage as a REPLACEMENT for threaded AN/MS tube fittings on the F-4 fighter. Threaded joints were less reliable in applications of high stresses and loads.

McDonnell Aircraft licensed a company, named at that time, Deutsch Metal Components in Gardena, California, to manufacture the fittings for them that were used on the F-4 Fighter. As time went by, Deutsch extended the product material range, configurations, and pressures to become the leading supplier of Mechanically Attached Fittings (MAF's) to the entire scope of Aerospace/Defense Industry applications in the United States, Canada, Brazil, China, and Europe.

Originally developed for the US Navy, it expanded over the years to provide products and solutions to the Petrochemical market as well as other industrial process plants. As an equal to or better than replacement for welding or brazing, it found acceptance in many areas.

The product line eventually expanded to include fittings to join pipe and tube up to 2"NPS and 66MM for a range of pipe schedules and tube wall thickness; in a variety of materials such as Stainless Steel (types 316, Duplex and Super Duplex), Carbon Steel, Copper Nickel (CUNI), Copper and Aluminum.

Testing and qualification to all industry standards over the years has shown the Pyplok® System to be superior to a welded system as well as being a major cost and time savings on an overall installed basis.

In 2004, the family owners of Deutsch Metal Components decided to sell their company to private equity investors. The company's named was subsequently changed to Design Metal Connections. With new ownership, and being predominantly an Aerospace/Defense tube fitting supplier, a decision was made to divest the Pyplok® Product Line and to forego that business for which it served and concentrate on the aerospace tube fitting market.

Tube-Mac® Piping Technologies Ltd., was a long-time user of Pyplok® and proponent/advocate of non-welded technology in their own right as designers, manufacturers, and installers of a 37° flared and retain ring flanged systems for pressures up to 10,000PSI (690) and pipe sizes to 10" NPS. Design Metal Connections offered to sell Tube-Mac® the Pyplok® Product line complete with all engineering, tooling, and manufacturing processes required to continue the manufacturing of Pyplok® in the same manner as before in order to service all markets outside of the Aeronautics Industry.

In January of 2007, the sale was completed and Tube-Mac®, began to produce and market the Pyplok® Product line. Pyplok® fittings are Marine Type Approved by ABS, BV, CCS, LR, and DNV, as well as NAVSEA, US and Canadian Coast Guard. TSSA and CRN across all Canadian Provinces. Pyplok® is accepted and specified by many multinational corporations such as Shell, BP, ExxonMobil, Equinor, Petrobras and many others. Tube-Mac® is an ISO 9001:2015 certified manufacturer.

Today, Pyplok® products continue to be trusted and sold around the world. 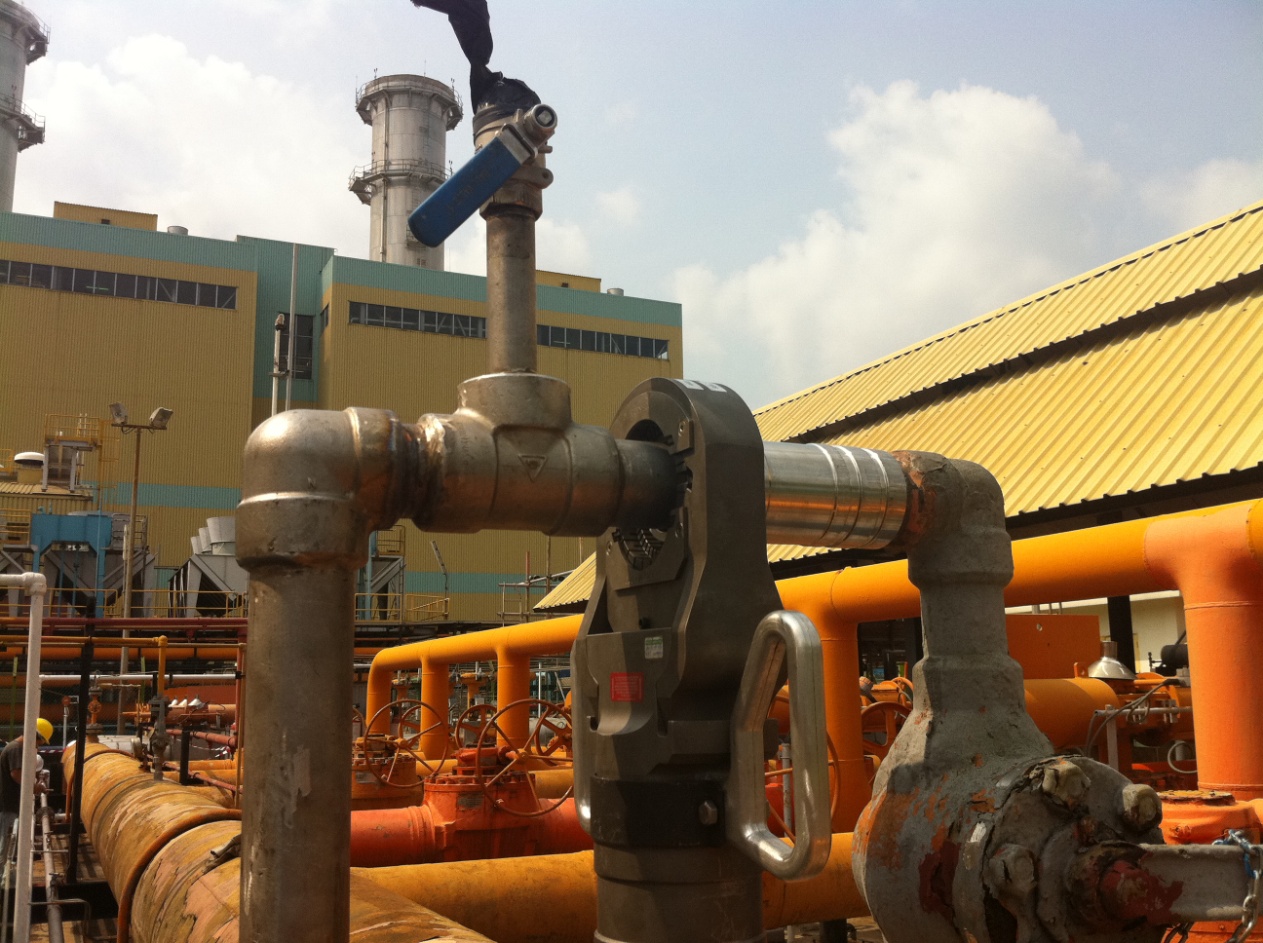